The Golden Kielbasa Veterans Open was back. 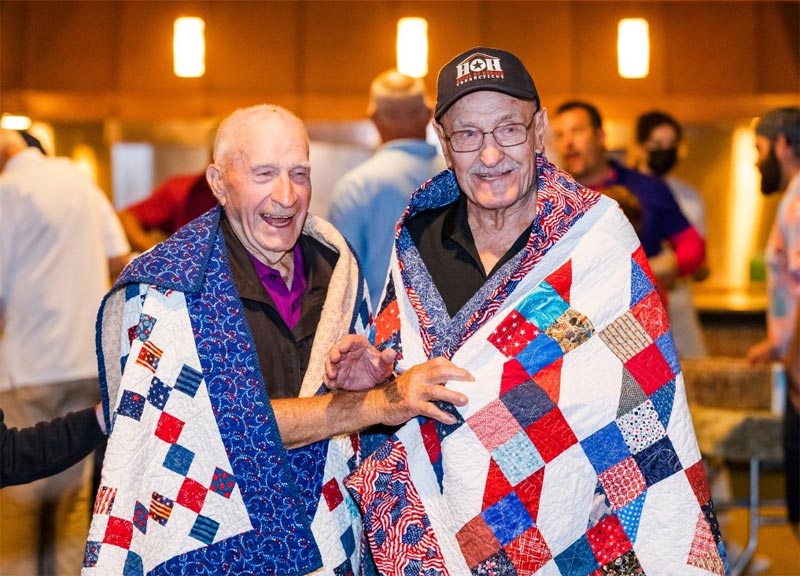 “I was approached countless times over the last couple of years, by golfers, supporters and sponsors, with the same question: ‘When was the Golden Kielbasa coming back?’” said event founder and Tournament Director Dennis Buden. “This impressive, enthusiastic turnout today shows that the time for a comeback was right, and there are no bounds to the community’s desire to express its gratitude for service and sacrifice.”

Added Liberty Bank President and CEO David Glidden, “Supporting those who served and sacrificed for our nation is just one of the many ways Liberty gives back locally as we fulfill our mission to improve the lives of our customers, teammates and communities for generations to come. We could not be more proud to support this worthy cause.”

The day was filled with pomp, circumstance, warm reunions, heartfelt expressions of gratitude – and just a little bit of golf – morning through night. Members of the DAV Chapter 8 color guard got things underway in the morning with the Presentation of Colors. Southington High School sophomore Maggie Wernicki offered her beautiful rendition of the Star-Spangled Banner. And the “GK” as the event is fondly called would not be the GK without the golfers partaking in the traditional toast of Wisniowka – Polish cherry brandy – prior to teeing off. On the course, grilled kielbasa sandwiches at the turn were the highlight, compliments of New Britain’s own Martin Rosol’s.

But the event’s highlight was the ceremony honoring D’Amato, 95, and Polaske, 94, New Britain natives, Berlin residents, golfing buddies and proud veterans. D’Amato served in the Navy 1944-46, while Polaske served with the Marines from 1945-1951. Both are as spry today as they were when they went off to war some 75 years ago.

“I am so humbled. I don’t deserve this. I only wish my brothers who served could be here today,” said D’Amato, who joined his five older brothers in World War II when he joined the Navy.

Added a tearful Polaske: “This is one of the greatest days of my life. I don’t have the words to express my gratitude.”

Berlin Mayor Mark Kaczynski and State Representative Donna Veach presented citations honoring the two veterans, while the evening was capped with the “wrapping” of both D’Amato and Polaske in hand-made, patriotic quilts by Jane and Jack Dougherty of Quilts of Valor, accompanied by House of Heroes Connecticut Executive Director Carol May.

The Golden Kielbasa Veterans Open, founded in 2009, benefits both DAV Chapter 8 and House of Heroes Connecticut. Final net proceeds will be announced at a future date. From 2011-2018, the event raised more than $140,000 for veterans causes. On the golf side, this year’s low score of 14 under was posted by the Liberty Bank group of Bill Curtin, Scott Miller, Joe Amaio and Scott Trevethan.

For further information about the Golden Kielbasa Veterans Open, visit davchapter8.org/goldenkielbasa or contact Tournament Director Dennis Buden at dennis.buden@davchapter8.org or 860-558-0514.